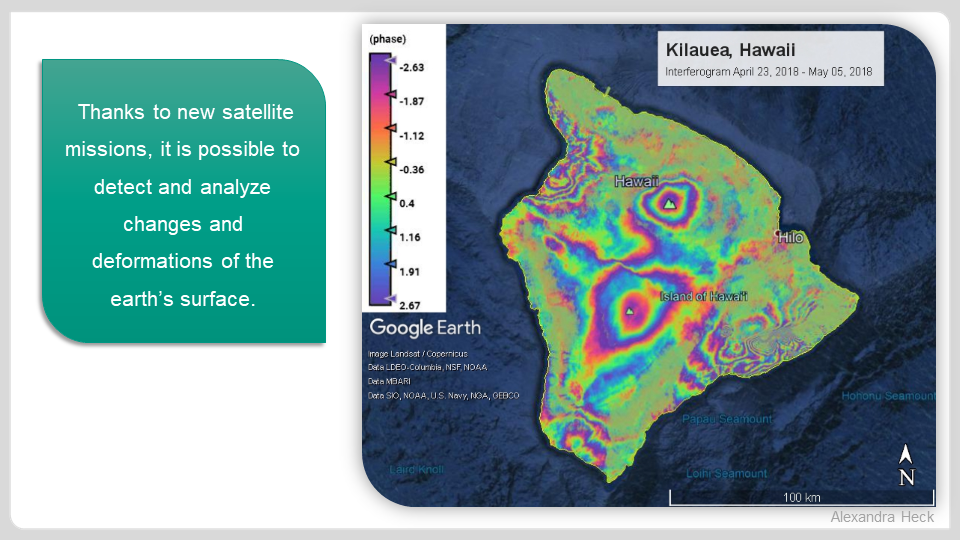 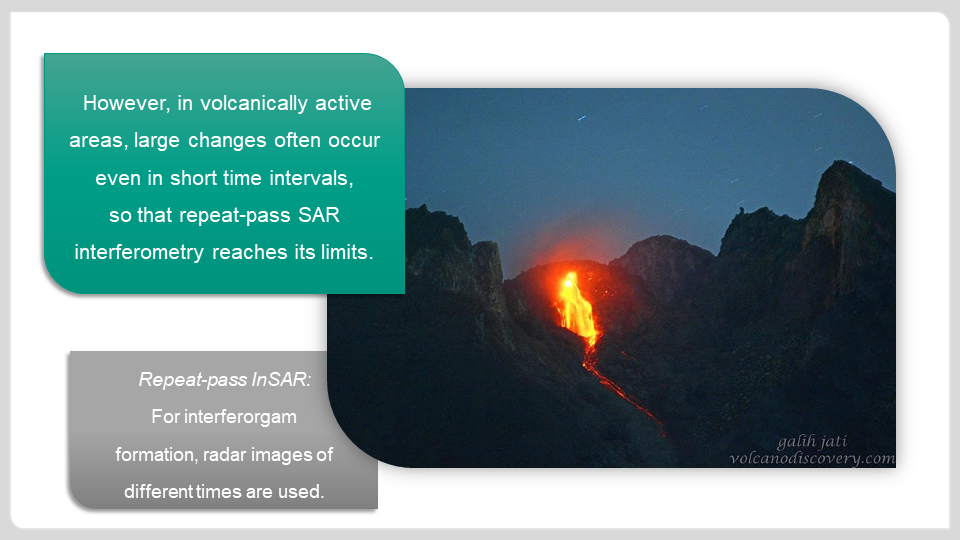 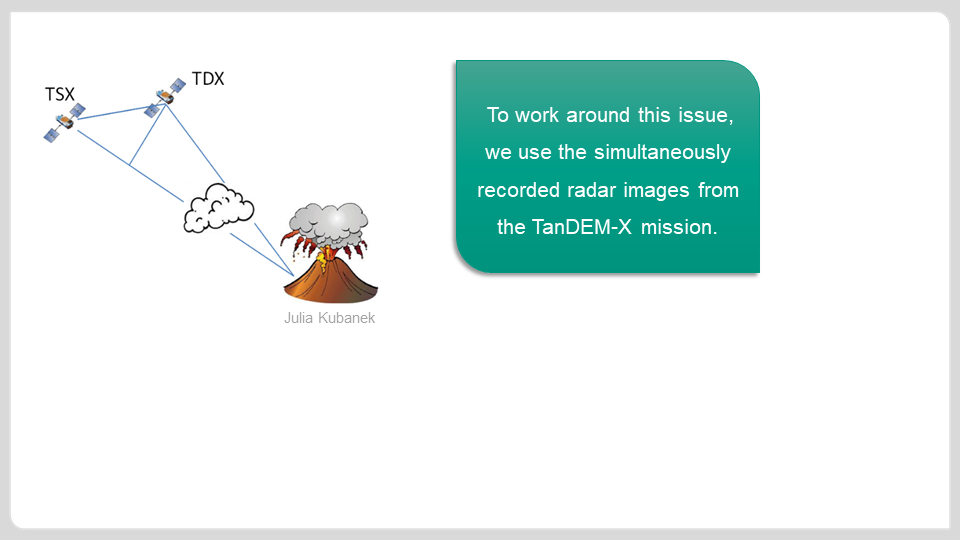 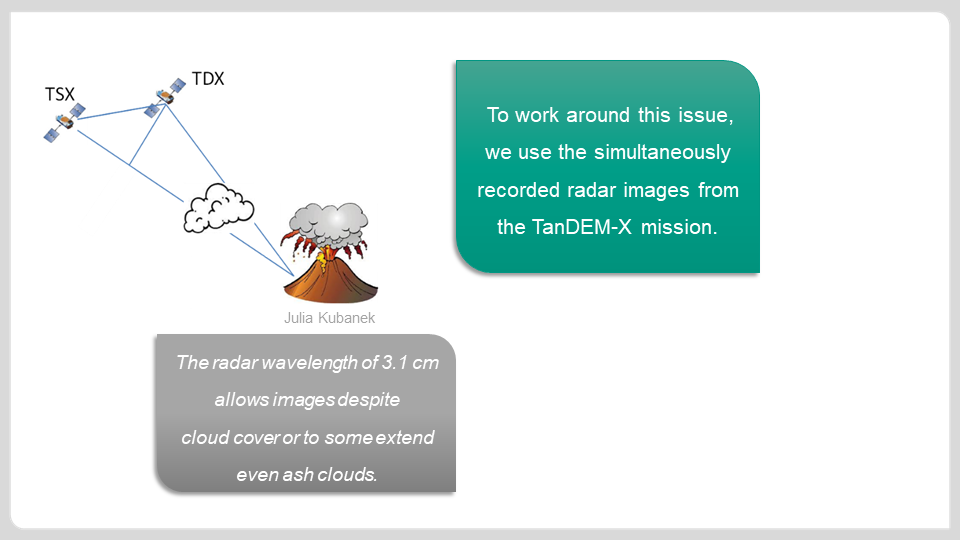 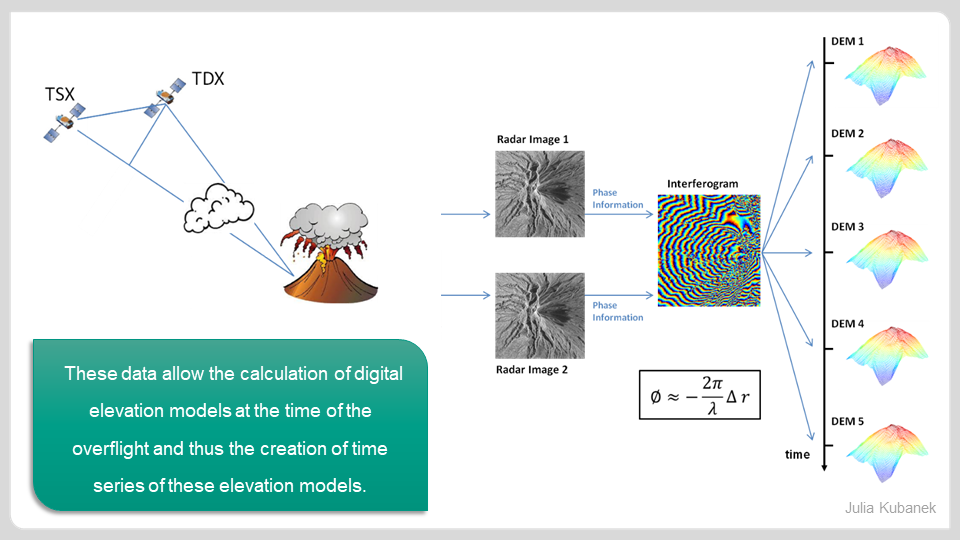 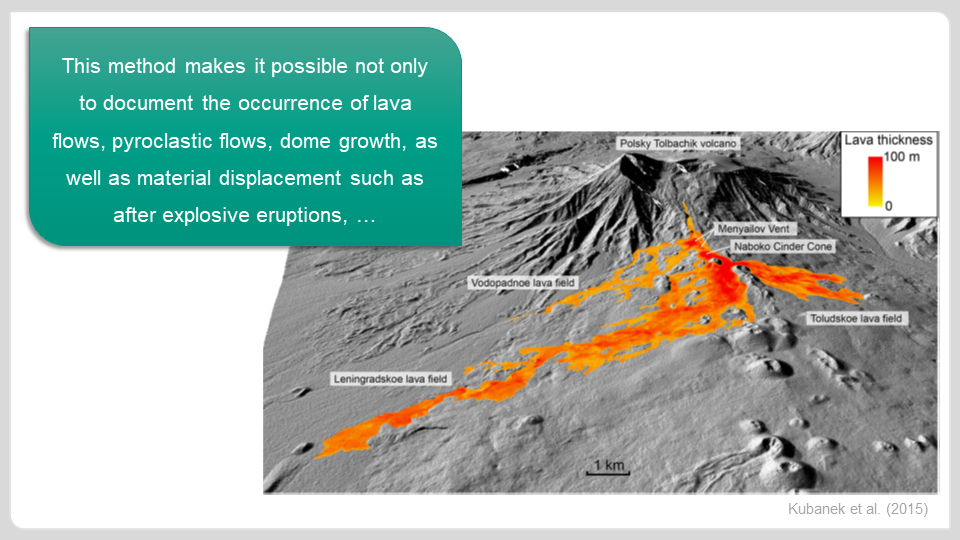 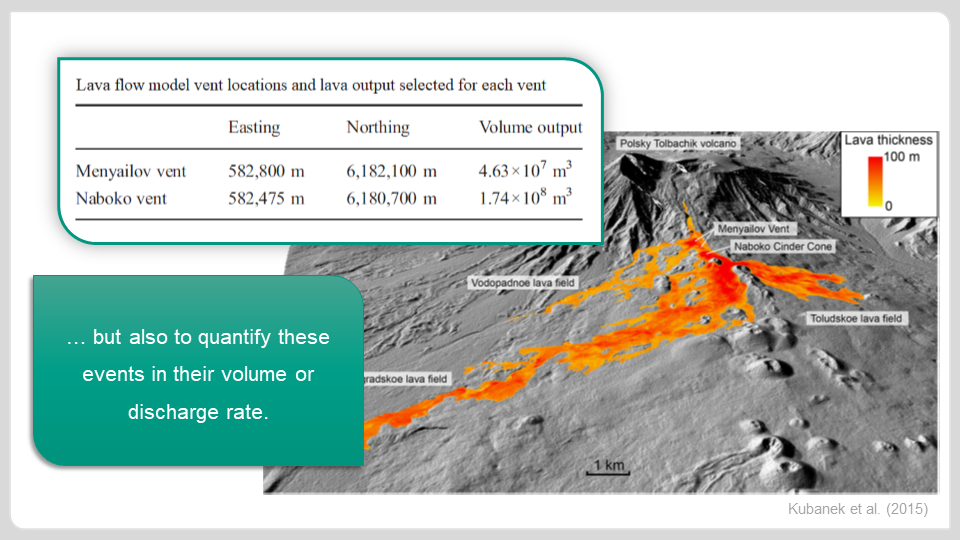 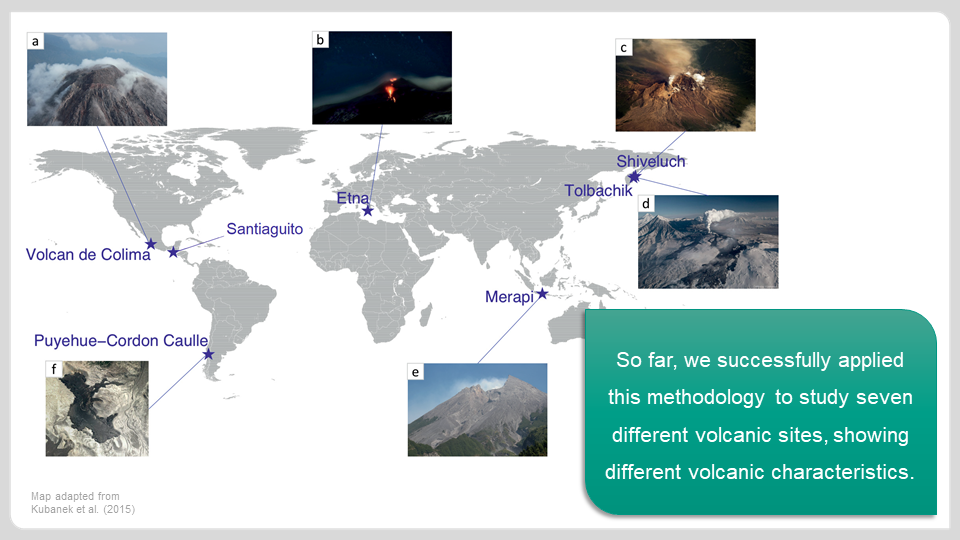 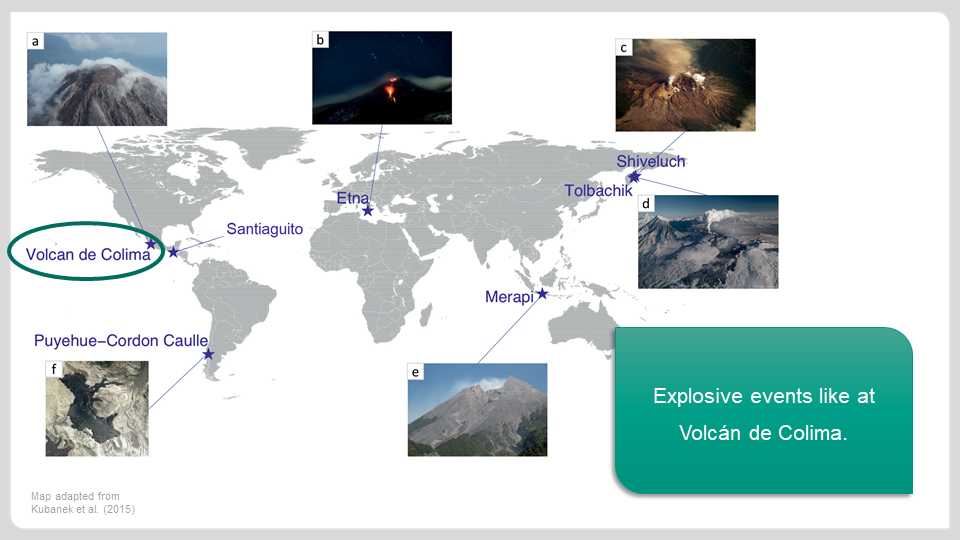 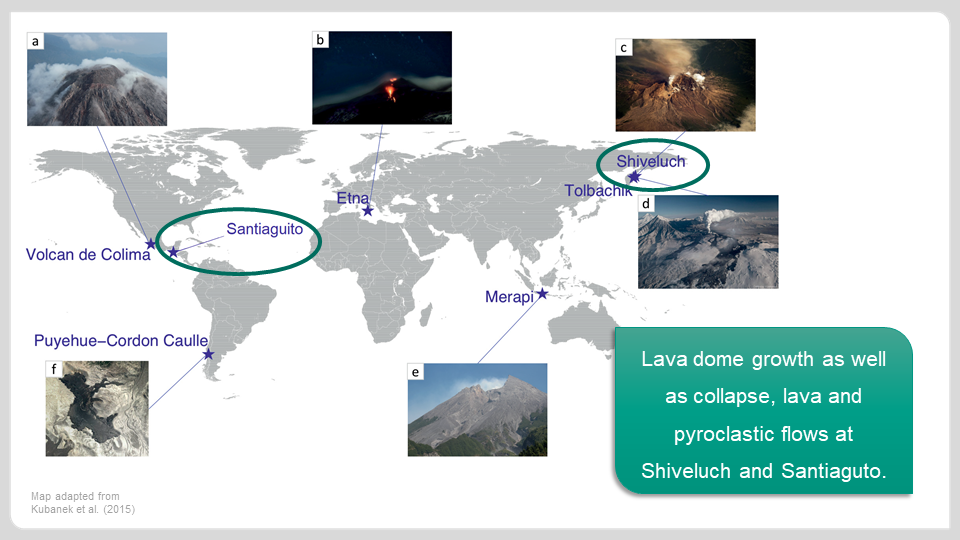 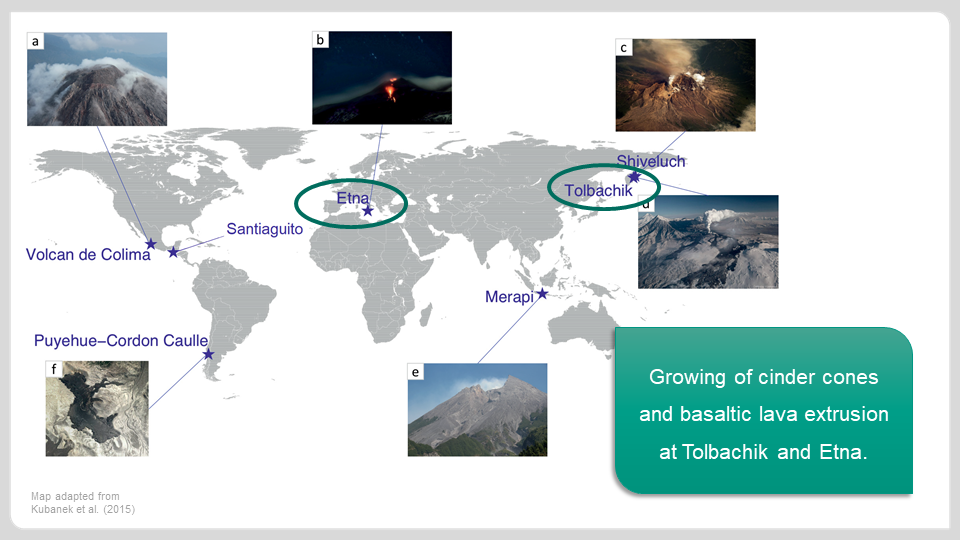 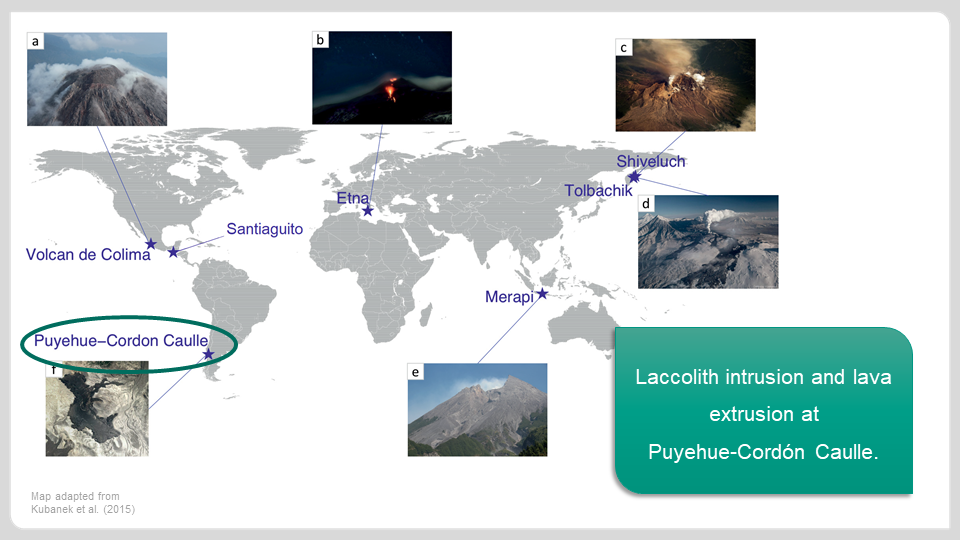 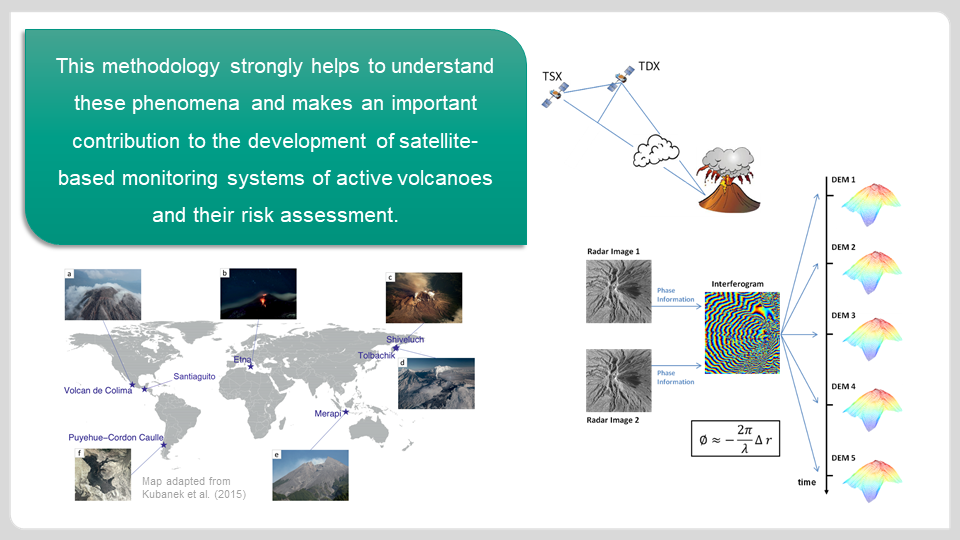 The TanDEM-X satellite mission overcomes some of the limitations of classical monostatic interferometry, in which radar images are compared with each other that were recorded with a time interval of days or weeks. TanDEM-X consists of a formation of two almost identical satellites that simultaneously record two radar images from slightly different positions. In contrast to monostatic recordings, this bistatic recording mode allows a DEM to be calculated from each individual pass of the pair of satellites, making the influence of temporal changes in backscatter and atmospheric conditions negligible.

The case studies show that various phenomena at active volcanoes associated with volume and topography changes can be investigated with high accuracy using bistatic TanDEM-X images.

Hansjörg Kutterer
Úniversity Professor, Speaker of the Institute Management Board